After spending most of my early years wondering whether I was “on the right track” toward my future, in my early 30s I finally discovered that what I really needed was discernment. By then I had become an ordained minister in the Lutheran church (ELCA) in 2002. However, the discernment skills and practices I most needed came from serving as Campus Minister for Vocation Discernment at a Jesuit Catholic university (Santa Clara).

My job was supporting students of any religious background (or none) in exploring big questions about meaning and purpose. Through coaching, retreats, and groups, we provided a space for students to consider choices for their future according to their deepest values and convictions. In the process I developed a richer understanding of both vocation (broadly understood as calling) and discernment, and combined them with the sense of divine and necessary grace that I carry from my life-long Lutheran tradition.

After spending years seeking the companion-book I really wanted my students to have, I wrote The Treasure Hunt of Your Life as a resource for discerning one’s own choices about life and work. In the book as well as my discernment coaching work, I believe strongly that
I have pastored Lutheran congregations in Silicon Valley; Hong Kong; Reno, Nevada; and Bangor, Maine, where I currently live with my husband and two children. I recently served as director of the Wilson Center for Spiritual Exploration and Multifaith Dialogue at the University of Maine. Now I teach in UMaine's Honors College as a preceptor in the "Civilizations: Past, Present, and Future" course.

This website is not intended to speak for my denomination or any other communities I belong to. 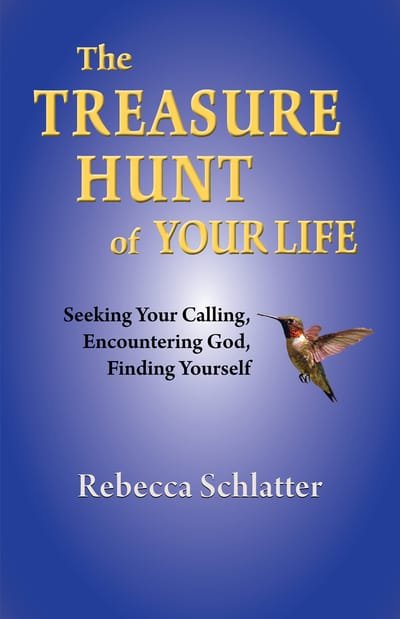